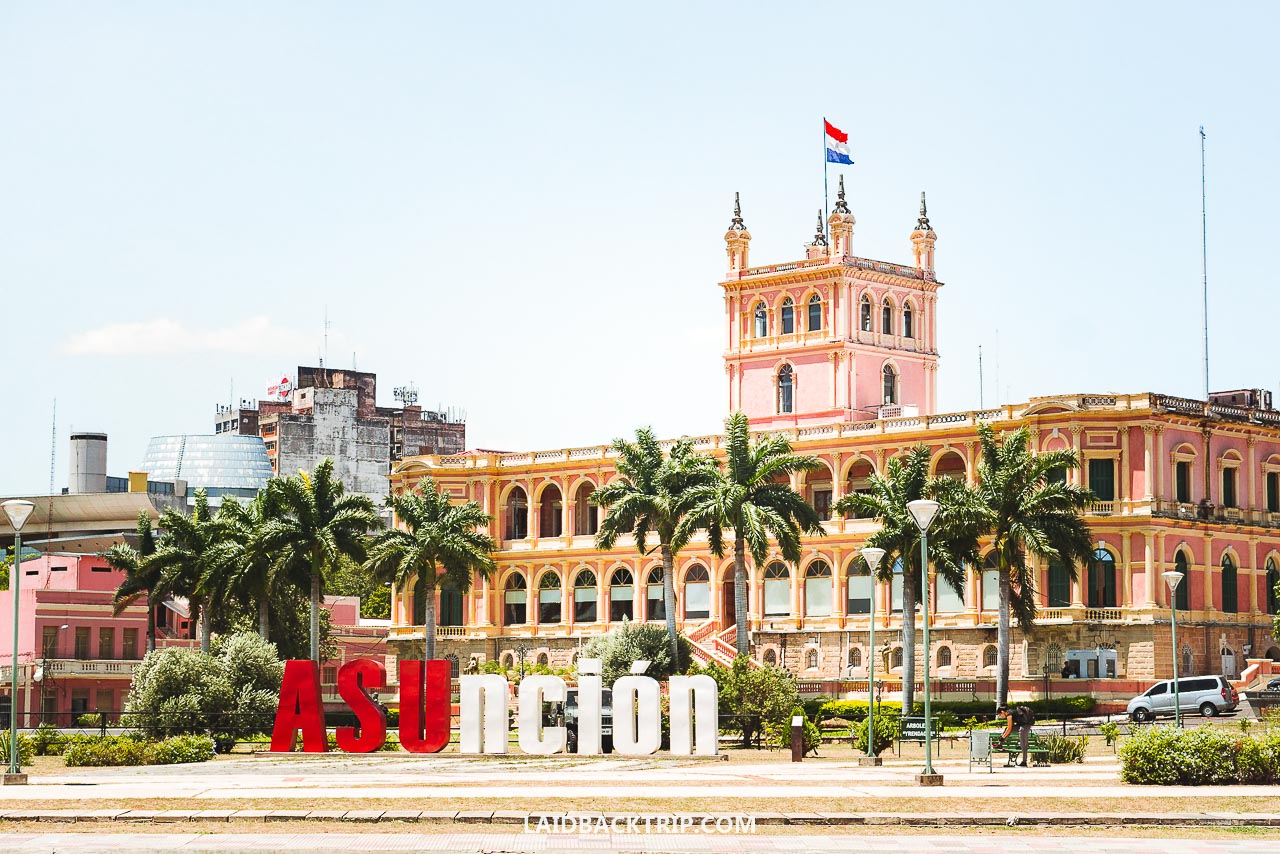 Paraguay is a hidden gem within South America capital of paraguay. It offers off the beaten path experiences to any traveler. World Heritage Sites, natural wonders, rainforests, arid terrains, a lot of wildlife and an interesting history. Last but not least, Paraguayans are, hands down, the warmest and most welcoming of all of South America.

Paraguay is ranked as the 8th largest country in the continent and it is located inland, making it a landlocked country. It’s neighbors are: Bolivia to the north, Brazil to the east, and Argentina to the south and east.

Paraguay’s capital and largest city is Asuncion and its metropolitan area is home to over 3 million people in its 807 km².

Spanish and the most popular indigenous language, Guarani, are both official languages in this country.

Nature-wise, Paraguay is divided in two by the Paraguay River. The Oriental region, where 93% of the population lives, receives abundant water from the rains and rivers, and the Occidental region is home to the Chaco, a semi-arid region that has a unique weather and hosts the second largest forest in South America, El Gran Chaco (that spans to Argentina, Bolivia and Brazil.

The 5 largest cities in Paraguay

Asuncion is the capital of Paraguay. It has a population of over half a million people and it is located on the western part of the country, right on the border with Argentina.

Founded in 1537 by the Spanish, Asunción was once one of the most powerful colonial strongholds on the whole continent. Today it’s a modern, welcoming capital city, with a handful of original 17th century buildings around Plaza de los Heroes and Manzana de la Rivera, great restaurants and revealing historical sites like Casa de la Independencia and Palacio de los Lopez. As for museums, you can’t miss Museo del Barro, an immersive museum packed with ancient art. In the balmy evenings, head down to the bay for a breezy riverside walk.

For a taste of the authentic Paraguay, check out Mercado Municipal Cuatro. This sprawling market is crowded with stalls selling fruit, vegetables, meat, clothing and anything else you can think of. Be careful of valuables though.

Asunción is a great place from where to visit all the surrounding attractions, such as Aregua, Mbatovi or Salto Cristal.

Ciudad del Este is home to 300,000 inhabitants and is located on the eastern part of the country. This area is known as the triple frontier, for the borders of Paraguay, Brazil and Argentina meet on this place.

Ciudad del Este is the third largest free-trade zone on Earth, so this city is a famous shopping spot for Paraguayans, Brazilians and Argentinians alike.

It does not offer much in terms of architecture, but it has many tourist attractions around it: Itaipu Dam, the second largest on Earth, Saltos del Monday, an impressive set of waterfalls or the famous natural wonder of Iguazu waterfalls are some of them.

Encarnación is located on the south of Paraguay, next to the border with Argentina, and is inhabited by almost 140,000 people.

Encarnación is Paraguay’s prettiest city. Locals flock to its fabulous waterfront, graced with a pleasant beach and flanked with cheap and cheerful bars and restaurants. But during summer is where this city comes to life. Carnaval is the biggest draw, pulling in visitors from across the country and beyond for street parties from early January to late February.

Caaguazu is a city located in the center of Paraguay and it is home to 125,000 people.

In Caaguazu tourists can just explore the city and wander around its quiet and picturesque streets, spend a day refreshing in Parque Ecológico Techapyrã that has natural pools and bungalows for spending the night.

But what makes this location interesting is its location in the center of the country, from which you can access many amazing touristic locations, like Cerro Akati, a mountain with amazing views, Cerro Tres Kandú, the tallest mountain in Paraguay with a whopping 842 meters, or Independencia, one of the many German settlements in the country, where you can enjoy the biggest Octoberfest in the country and the mysterious petroglyphs of Ita Letra.

Pedro Juan Caballero is home to 120,000 people and is located in the north of the Oriental region. It is infamous for being one of the main drug smuggling spots in the country.

The city itself has very little interest, but what’s interesting about it is its surroundings, specially Cerro Cora National Park, because it is one of the country’s best ecotourism destinations. It also has a great historical significance as the once stage for Francisco Solano López’s final battle during the Triple Alliance War.